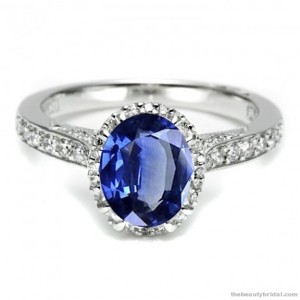 Sounds preposterous, doesn’t it?!… Well, it has happened successfully several times for clients…

One client called to tell me that she had misplaced her gorgeous wedding ring that looked a lot like Princess Diana’s that Kate Middleton is now wearings (shown here)…  She had looked and looked… And had even received a huge insurance check to replace it… but she didn’t want the money, she wanted her own, original ring!

We had three hypnotherapy sessions… She was convinced that she would go to the ‘right’ location and would find it. She called awhile later reporting with great enthusiasm that the ring had turned up in one of the boxes she thought she had already looked in!

(And by the way, when she sent the insurance check back to the company, they offered to re-pay her for the costs of meeting with me… A much better deal for them!)

Another client had put away her wedding ring just before leaving for a trip abroad… She wanted to “hide” it for safekeeping in their absence and told her husband where she was “hiding” it.

After returning from a long trip, neither she nor her husband could remember where that “hiding” place was. She came in for three sessions of hypnotherapy… and knew that she would find the ring… so she stopped worring about it. After several months, I called to ask her if she’d found her ring… Oh yes, her husband was checking out the pockets of a jacket to send to Goodwill… and there it was! They both finally remembered that they had put the ring there… and all is well.

What does hypnotherapy have to do with this… who knows? But it worked and now both wedding rings are on their proper fingers once again!