During her hypnotherapy sessions, Kay Heatherly also incorporates the Emotional Freedom Technique (EFT) as an adjunct treatment to hypnotherapy. 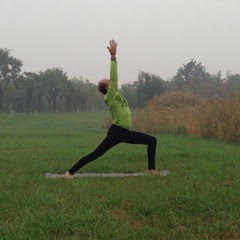 She has developed her own variation of EFT based on the needs of her clients and its ease of use with hypnotherapy. She calls it the “RELEASE! Method of EFT”.

In fact, in July 2017,  the Emotional Freedom Techniques (EFT) was approved as a “generally safe” therapy by the US Veterans Administration (VA) for clients suffering from PTSD, depression, anxiety, pain and other conditions.. After reviewing the extensive evidence for the safety and efficacy of EFT, a group of VA experts in the Integrative Health Coordinating Center published a statement approving EFT and several other complementary and integrative health (CIH) practices.

Learning How To Let Go Of The Past

Where did EFT come from? When was EFT first used?

In 1979, psychologist Roger Callahan devised a treatment called Thought Field Therapy to cure people of fears and phobias by tapping on various meridian points on the body. Historically, this was first achieved with a client called Mary who was instantly cured of a water phobia when she tapped under her eye. Later Gary Craig, an engineer from Stanford and a student of Dr. Callahan, went further by simplifying the therapy, making it more accessible and calling it the Emotional Freedom Technique (EFT).

As an EFT practitioner, Kay has found that the RELEASE! Method that has proved extremely effective in helping her clients let go of their negativity that has accumulated in the body and in the mind. The RELEASE! Method has been especially helpful to students with test anxiety or fears of taking tests.

The Emotional Freedom Technique (EFT) is capable of dramatically relieving many symptoms, often working within minutes and producing long-lasting results. Some examples in which EFT is highly effective from an experienced EFT practitioner include relieving, minimizing, or eliminating: