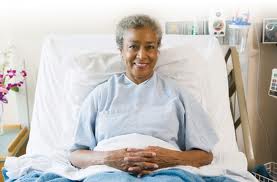 I recently received an email from a woman in India who had read the Harvard University Gazette of May 8, 2003 Study of researchers at Harvard headed by Dr. Carol Ginandes.

It showed that using hypnosis with patients recovering from surgery, their bones healed faster than a group who hadn’t had hypnotherapy. This woman asked me if I would work with a friend of hers in the Bay Area who was in a convalescent facility healing from a serious fall and multiple bone fractures. I talked to both women and sent the hospitalized one a healing recording for her to visualize her bones healing quickly and knitting together well. She has emailed me letting me know that her anxiety level is greatly reduced and she feels that her bones are knitting nicely and is able to begin to get around and will be returning home in no time.

I have worked with numerous clients over the years to prepare for positive surgery outcomes… often with their doctors telling them that there had been a minimum of bleeding during surgery and being surprised at the quick recovery. A few clients had asked that they be able to listen to the relaxation/positive visualization/healing recordings during surgery on their personal devices and with earphones to a very successful conclusion.